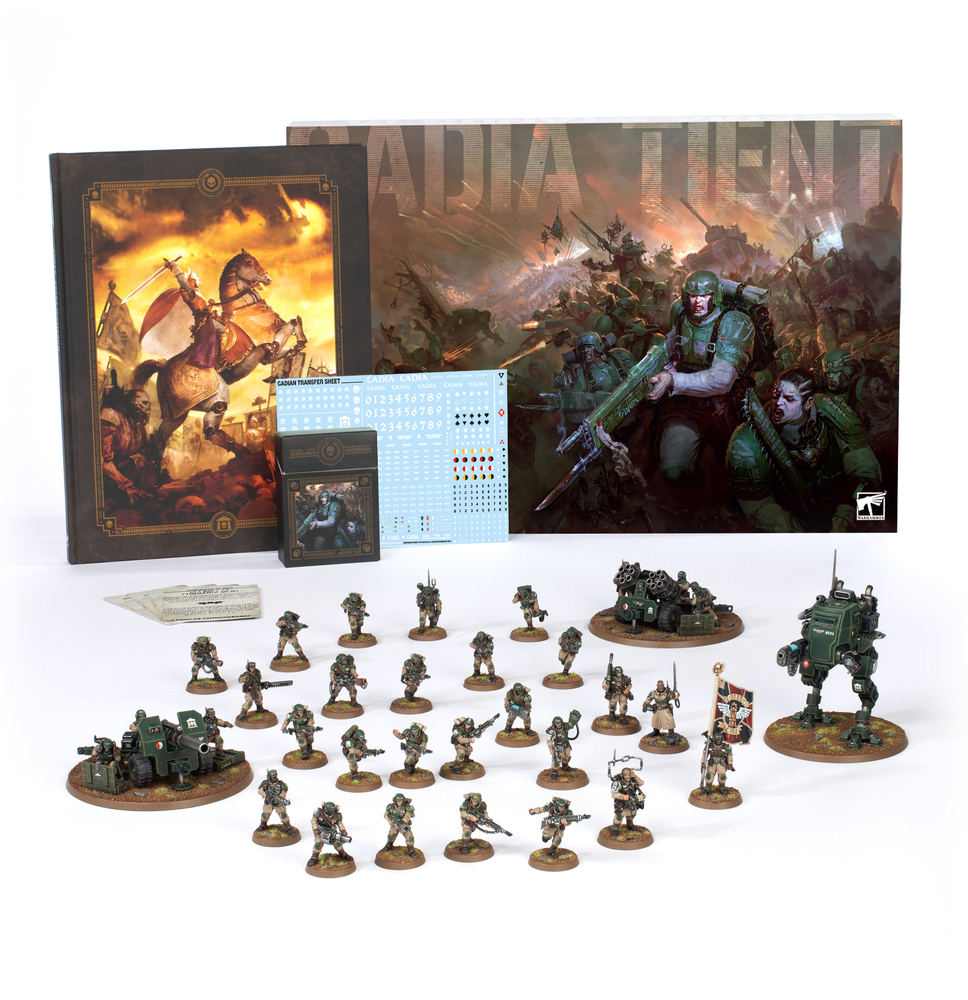 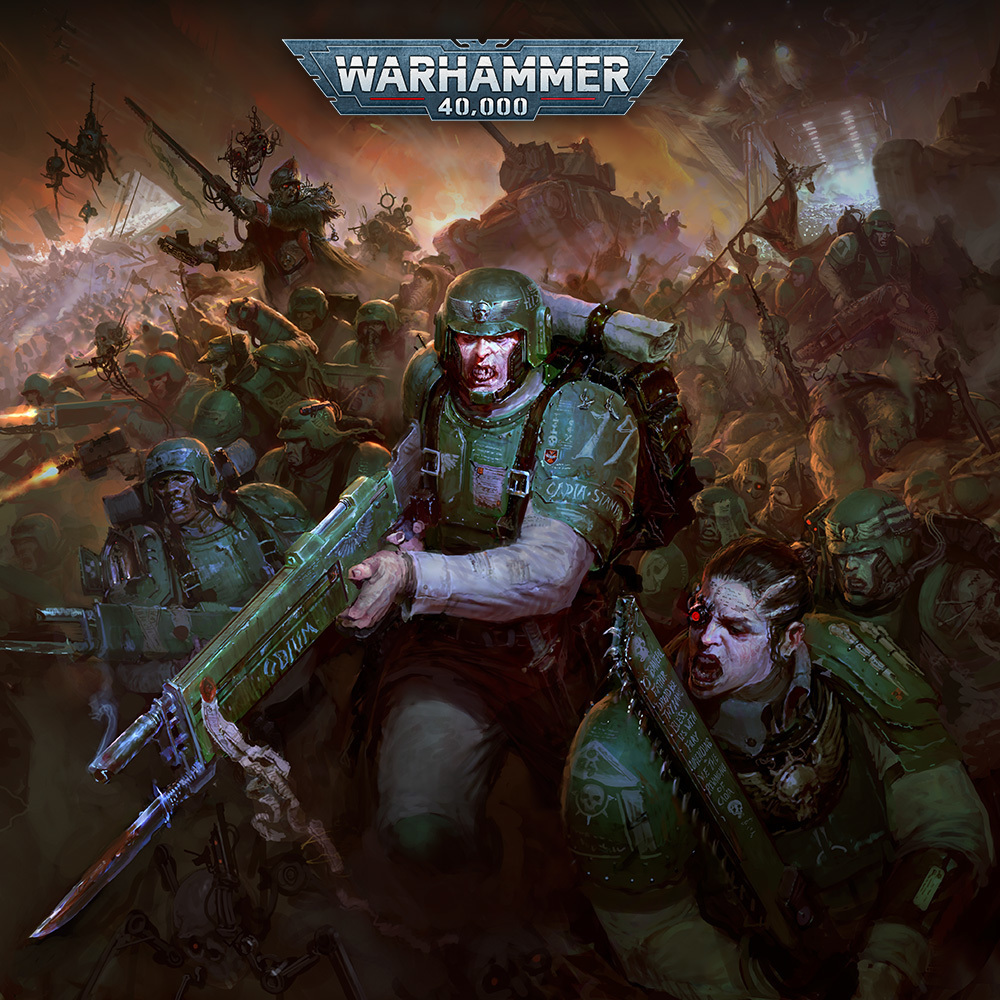 The Astra Militarum are the backbone of the Imperium's largest armies. They are the men and women who hold the line, a bulwark that stands between humanity and a nightmarish galaxy of horrors. Amongst the Astra Militarum's massed regiments, the born soldiers of Cadia are some of the most disciplined warriors to be found, tough marksmen trained for a lifetime of grim duty. Through generations of war, braving unimaginable odds, and even the destruction of their home world, one thing remains true while even a single Cadian draws breath  Cadia stands!

The Astra Militarum Army Set brings you a fearsome army of Cadian soldiers, all with redesigned and new multipart plastic kits, suitable both for brand new projects and bolstering existing collections. A capable Command Squad leads from the front, while masses of infantry Shock Troops march to war alongside heavy Field Ordnance and an Armoured Sentinel walker. This balanced army is ready to crush the many foes of the Imperium, or lay down their lives in the attempt.

This box is also the first place to find the new Codex: Astra Militarum, a 154-page hardback book with an exclusive cover, equipping you with inspiring lore, updated rules, and epic artwork. In addition to the book and models, youll find a complete deck of datacards, and a Cadian Transfer Sheet replete with almost 600 markings, text, and numerals. Be amongst the first wave to establish a foothold with this army set, and show the galaxy that though the planet may break, the Imperial Guard never will.

All models are supplied with their appropriate bases. These miniatures are supplied unpainted and require assembly  we recommend using Citadel Plastic Glue and Citadel Colour paints.